There is an art and a science to raising Thoroughbred Race Horses, that also requires a bit of sport. The art and science seemed to come naturally to George Brown, who is a family doctor by profession. The sport took a bit more effort.
It started out as a kind of hobby for George, figuring out which stallions to breed to, and which characteristics make a horse run well.  He learned more about these subtleties through participating in the sport of horse racing. He also learned that it helps to sell a horse that has been raced, since no one wants to guess that a horse is fast just by looking at its bloodlines and looks.
Overtime, George got quite good a breeding. He now breeds mares to stallions usually in Kentucky and Florida and then sells their offspring after they have been broken and learn to race, typically when they are about two years old. The two Thoroughbreds in the photos below are frisky yearlings. Bettina sports the racing silks that inspired the barn quilt. 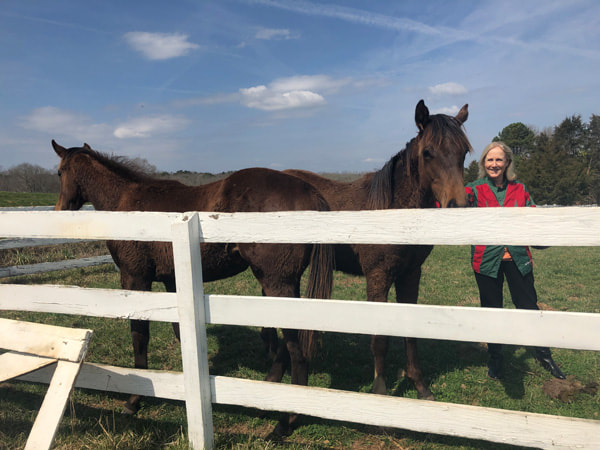 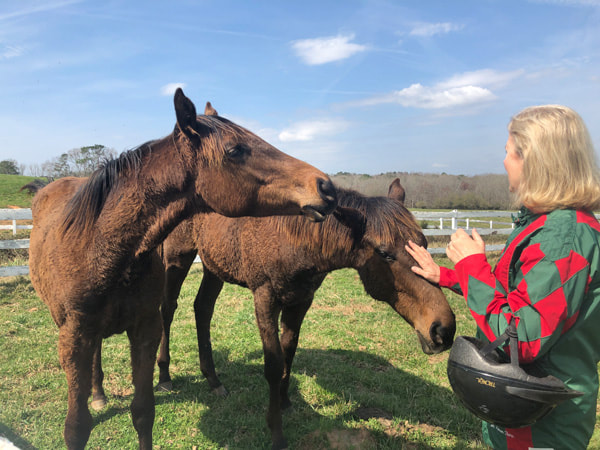 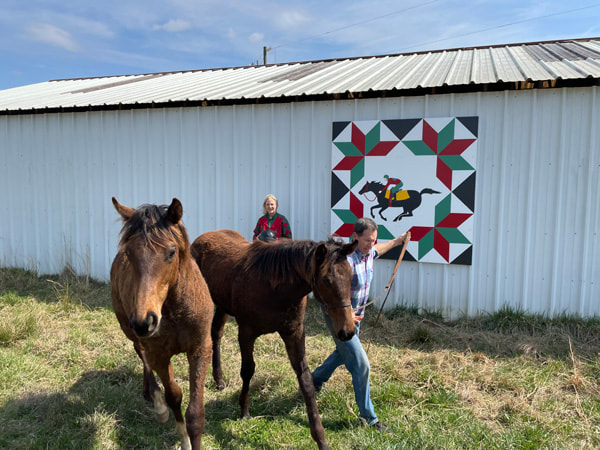 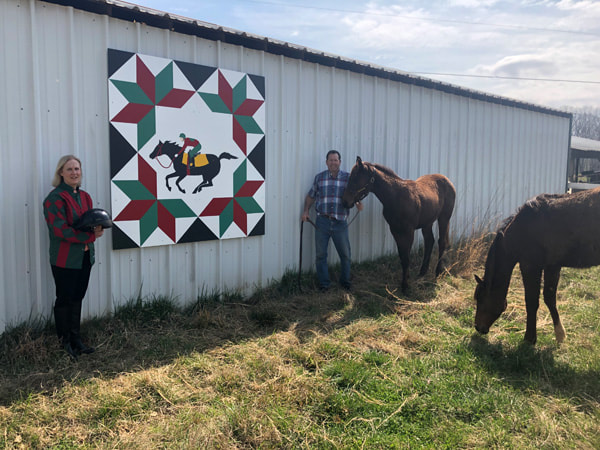 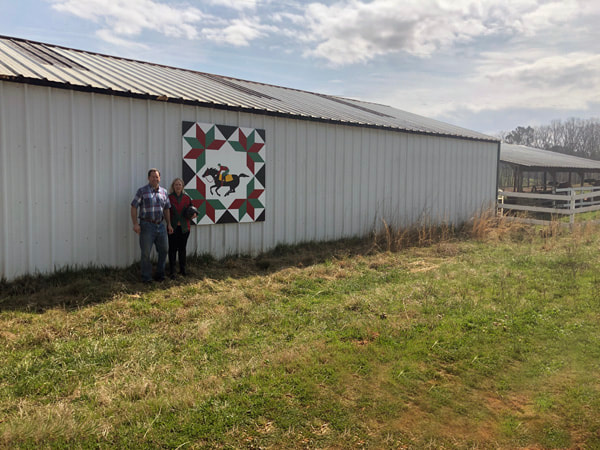 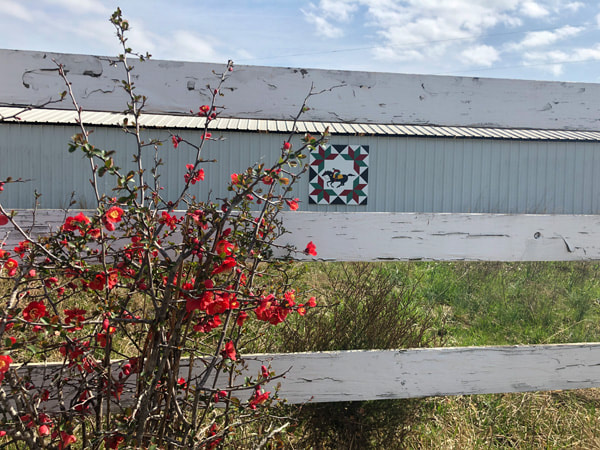 George spent his early career as the town doctor in Palmetto, Georgia, located first in the building where Spurlin Industries manufactured bathtubs, and later in the building where the Palmetto Police Department is currently located. After he and Bettina married in 1992, they lived on a 20-acre parcel in Newnan, Georgia, before looking for more acreage.
Their Mt. Vernon Farm was previously owned by Harvey Hearn, one of the heritage families that were early pioneers in our community when it was in Campbell County. The property had been a cattle farm and was farmed by Harvey's father and grandfather. When Harvey was still alive, he would ride by and see how hard George was working.
George enjoys farming, and getting exercise by doing something physical where he can see his accomplishments. There are always farm chores, and he takes care of the 160 acres himself. He jokes that his farm work means he can eat whatever he wants for dinner.
For more about the Browns and their civic heritage in Chattahoochee Hills, see their page on the Mt. Vernon 1 Barn Quilt.
www.chatthillsbarnquilttrail.com  | Created by Write Place Designs | 2020