Their journey . . . to Chattahoochee Hills

George and Bettina are "gentlefolk farmers" -- that rare breed of landowner who farms mainly for pleasure rather than for profit or sustenance. This doctor/lawyer team developed an affinity for farming when they married in 1992 and lived on a 20-acre parcel in Newnan, Georgia. They began purchasing livestock, but outgrew their property in a matter of years.
The couple and their real estate agent, Bob Barfield, looked for a larger tract of land (50 acres) in Fayette County Georgia, but weren't able to find anything that had good pastures and decent fencing.
Meanwhile in nearby Chattahoochee Hills, some locals were gathered at Smith's Grocery Store one day when Harvey Hearn mentioned he wanted to sell his cattle farm, but did not want to sell it to a developer. That news traveled fast, and Barfield introduced Harvey and his wife Bettye to George. George went to their home and the contract was signed over pound cake and coffee.
George and Bettina purchased their property in 1995 and built their home atop a hill overlooking the farm they aptly named Mt. Vernon. They built two spacious barns on their property and recently adorned each with a barn quilt. The "Martha Washington's Star" barn quilt is on the barn that can be seen from their house. To read about their second barn quilt, see Mt. Vernon -2 Thoroughbred. 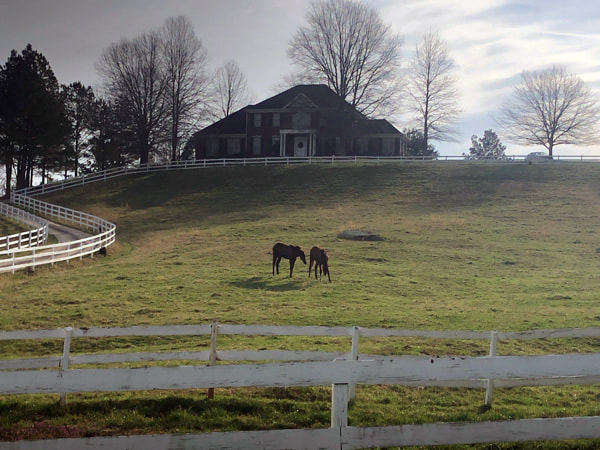 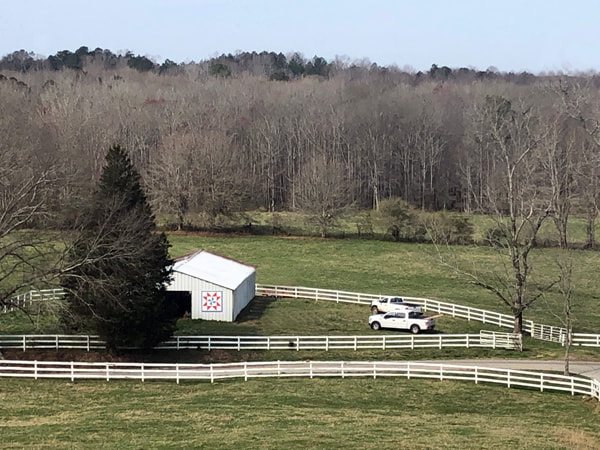 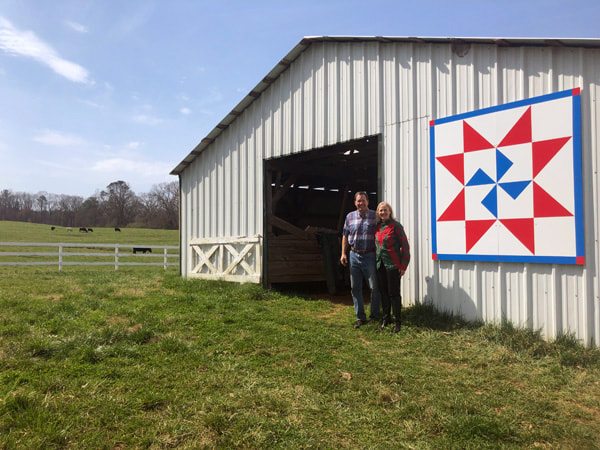 While the Browns are relatively newcomers to Chattahoochee Hills, they are an integral part of the civic heritage that created our City.
In 2006, a citizen group formed to research the viability of incorporating the future city of Chattahoochee Hills. Their goal was to preserve the rural character of this once-farming-community by forming their own local government and creating protective zoning.
Bettina researched the benefits of greenspace and preservation, and the couple hosted neighborhood coffees and discussions to share the information from the citizens' group.  After the referendum passed and the city incorporated in 2007, Bettina was one of the first members of its Design Review Board. When developers came to discuss their plans, the Board encouraged them to preserve some of their greenspace versus tearing down most trees. Bettina continues to serve the City as its Judge Pro Tem for the Chattahoochee Hills Municipal Court.
Thanks to the on-going commitment of residents like Bettina and George Brown, we hope future generations will enjoy heritage farms like Mt. Vernon.
www.chatthillsbarnquilttrail.com  | Created by Write Place Designs | 2020