An affinity . . . for stars and quilts

Debbie's route to work took her by one of the first barn quilts in Chatt Hills. Also on a red barn, this barn quilt featured three quilt squares that resembled a traditional quilt. She had something similar in mind when she considered a pattern for her new barn quilt: she wanted something that looked more like a quilt and less light a geometric design.
Debbie found one of her family's quilts with a star pattern she liked. The multi-colored star was the same shape as the tin star on her barn, so she wondered if it would make a good barn quilt. But once the pattern was drafted, many of its fine details appeared to be lost when viewed from a distance.  As she and her sister looked through more quilt patterns, they found the "Western Spy" pattern. It featured an eight-point star framed in a brightly-colored patchwork of white, red, and yellow. This was the perfect "quilt-look" Debbie was looking for. 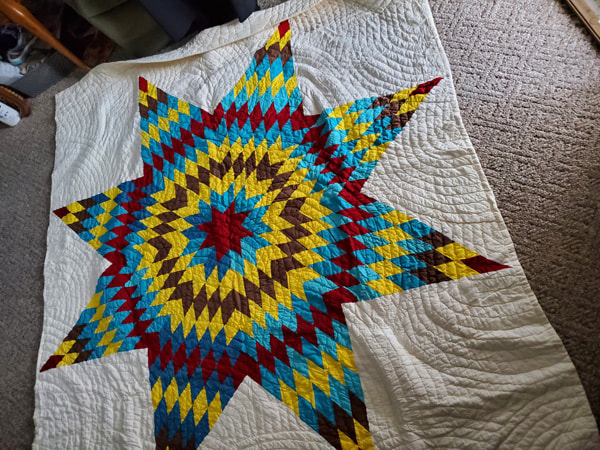 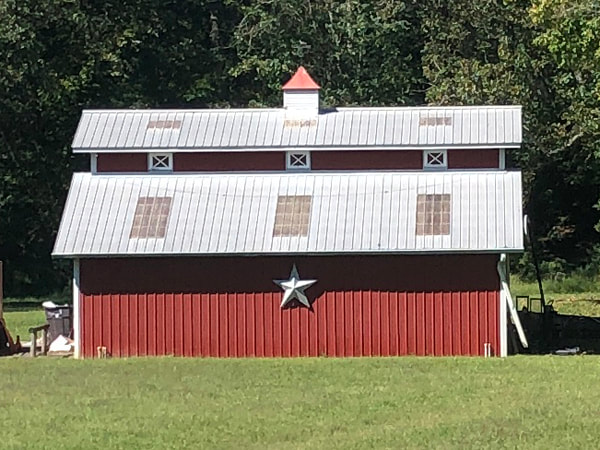 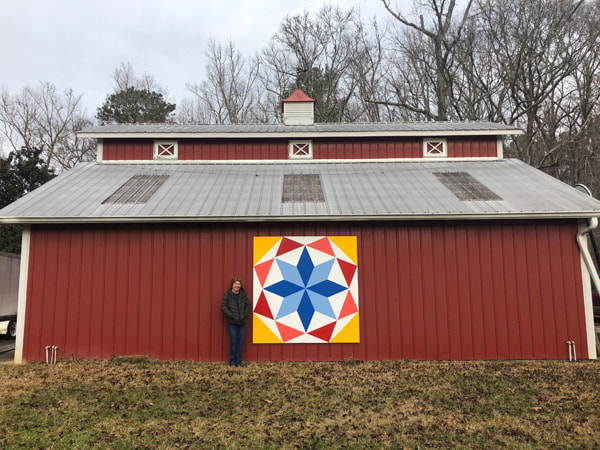 Before 2007, the land that is now the City of Chattahoochee Hills was rural land in unincorporated Fulton County, Georgia. Residents who lived there were either generational families who originally founded the area, or newcomers attracted to the area for its natural beauty and country setting. When the plan was formed to incorporate this area, it initially encompassed a much larger land boundary, including the property where the Burdett's now live. But at the 12th hour, the land boundaries changed, leaving a good portion of the planned area outside the limits of the new City of Chattahoochee Hills.
Debbie and Mark knew that their property was still in unincorporated Fulton County when they purchased it, but it wasn't until years later they realized the potential benefits they would have if their property could be in the Chatt Hills city limits. The biggest benefit would be the assurance that their property and its surrounding area would remain rural and be protected from over-development due to a smart-development plan and zoning Chatt Hills created.  Other neighboring residents felt the same way, so when they had an opportunity to annex into Chatt Hills a few years ago, they gladly signed the petition.
Today, Mark and Debbie enjoy the best of both worlds -- a home place in the country governed by a city that values rural preservation.
www.chatthillsbarnquilttrail.com  | Created by Write Place Designs | 2020