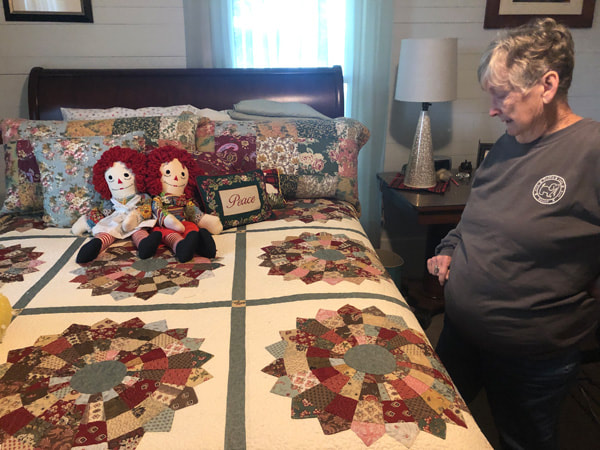 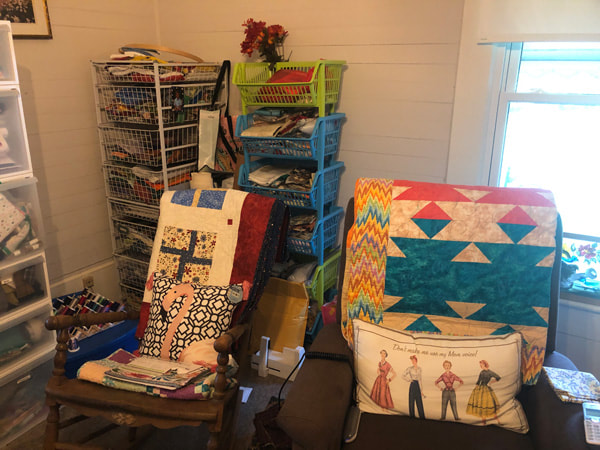 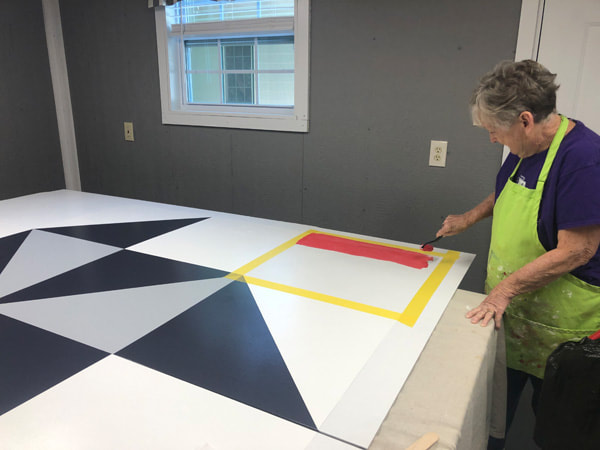 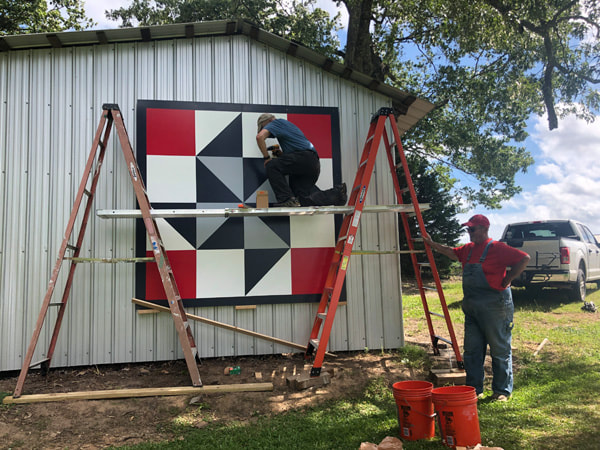 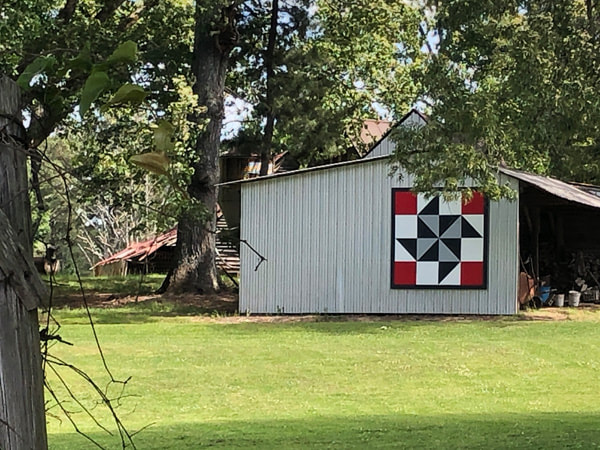 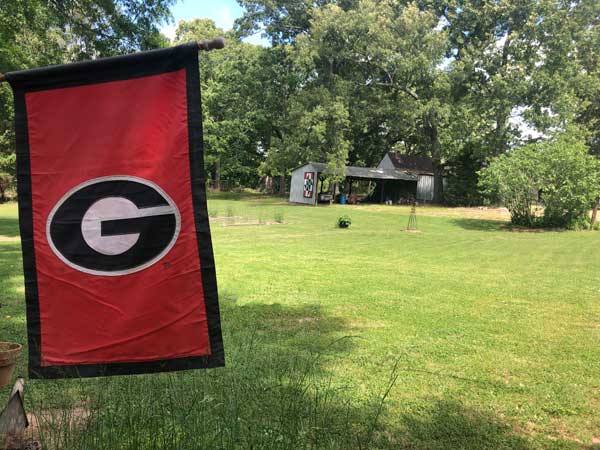 Paula is an avid quilter. Even with decades of experience, she still attends quilting retreats where she hones her skills and catches up on the latest techniques.  Recently, a retreat friend showed her a photo of a barn quilt she had painted. Paula showed the photo to a Chatt Hills Barn Quilt Trail volunteer, who offered to guide Paula through the process so she could have a hand in creating her own barn quilt.
Fuller is a traditional Southern gentleman, well versed in the skills necessary to maintain a farmstead. When it came time to install their barn quilt, his barn created some challenges. Due to its corrugated surface, firing strips needed to be installed. Luckily, he had an abundance of materials on hand, and the skills to lend the installer a helping hand.
This couple illustrates how the art of handiwork is still treasured in rural communities and passed down through the generations.

Heritage story . .  a look at yesteryear

Mrs. Seaborn Ab Phillips (who is Fuller Anderson's grandmother Annie Sue Cook Phillip) , of Rt. 1, Palmetto, has verified identification of last weeks Mystery Farm as belonging to her. Mrs. Roy Thompson was the first to identify the Phillips Farm.
The Phillips Farm is located on Rico Rd in the Goodes Community, and it is 374 acres. It was a part of the old Wiley Hopkins place.
Mr. Phillips bought it back in 1922. He built the house in January 1922, and in March he rode over into Coweta County and persuaded Miss Annie Sue Cook that he needed someone to live in that new house with him, so they were married.
Two children came to bless this happy home, a daughter, Lillian Ayer, (Fuller Anderson's mother) now Mrs. Robert Felix Anderson of Alameda, Calif; and a son, Henley Phillips, of Palmetto, who works for Delta Air Lines. Mr. Phillips passed away in 1946, and since that time Mrs. Phillips has been the farm operator. She specializes in Herford cattle and hogs, which she claims as her “hobby” rather than her job.  Most of her land around the home is in pasture and trees.
Mrs. Phillips’ health isn’t as good as it once was, so she doesn’t belong to as many organizations as she would like to, or once did. She is a loyal member of New Hope Methodist Church and does her part towards worthwhile community and church projects.
She told us about a nice trip she had to California and other western points of interest in recent years, since her daughter has been in California, and what a wonderful experience it was to realize a lifelong ambition to see the West. Having spent last December in California with our children, we agree with her thoroughly.
www.chatthillsbarnquilttrail.com  | Created by Write Place Designs | 2020