From Urban Dwellers to Country Farmers

After marrying in 2011, Glen and Kelly decided they needed a "little more" space and a slightly larger yard than their East Atlanta home. In 2012 they ended up with a "lot more" than they imagined on a beautiful 12-acre spot running along the Chattahoochee River. They spent the first year discussing what kind of animals to add to the farm and, after a visit to the dentist, who recommended alpacas, the two did some research and began with a starter herd of 4 alpacas.
Today Glen & Kelly raise a well-loved herd of around 20 Suri alpacas along with three rescue llamas, four horses, three dogs and a barn cat. When they aren't working their regular jobs, they make small-batch artisan yarn from their alpaca fiber and produce seasonal honey from Glen’s beehives.

Kelly holds her family's heritage quilts close to her heart. When initially considering a barn quilt, she had hoped to replicate a pattern from one of these quilts, but she and Glen later decided to go with the Llama Star barn quilt design.
The volunteer who painted the barn quilt for the Vann's decided that Kelly shouldn't go without a memento of her heritage quilts. So she painted a small (2x2) barn quilt based on the Dresden Plate pattern her grandmother had used in one of her quilts and offered it as a special gift in honor of a grand daughter's love. (Hover your cursor over the photos to read the captions.) 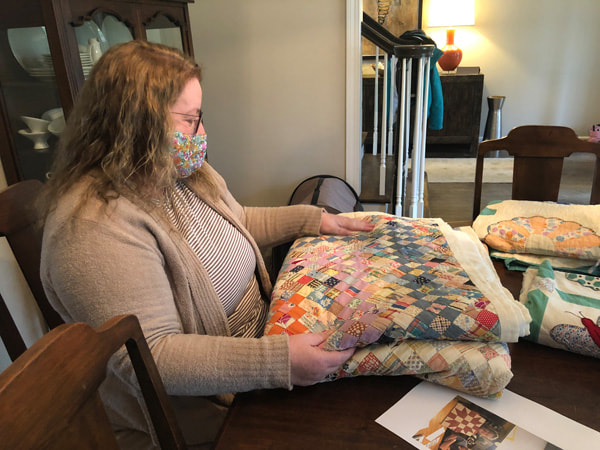 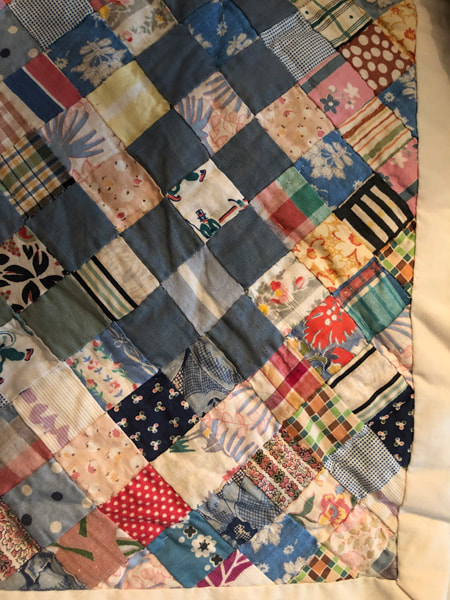 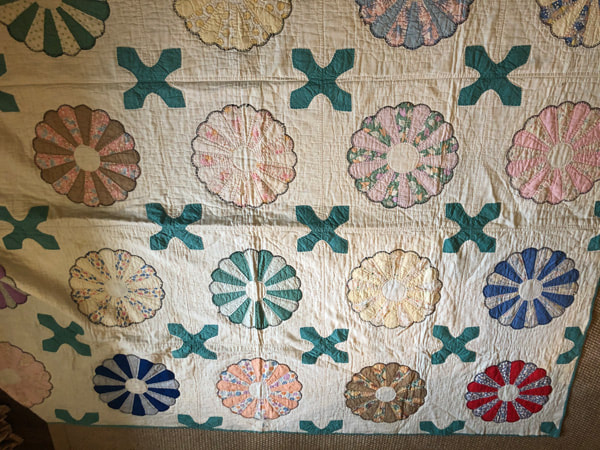 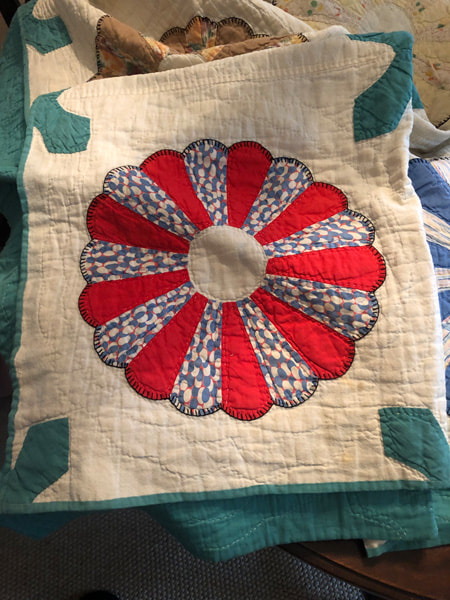 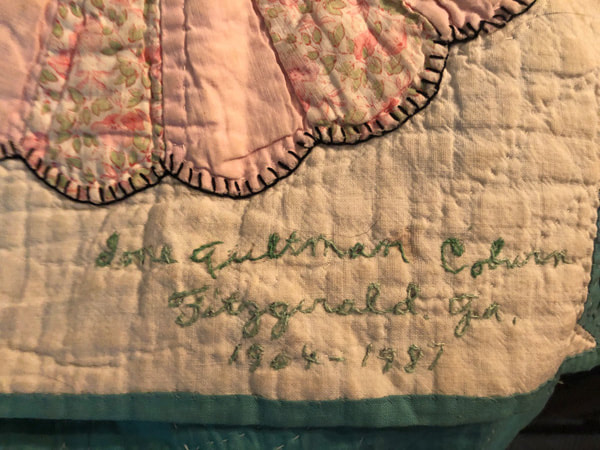 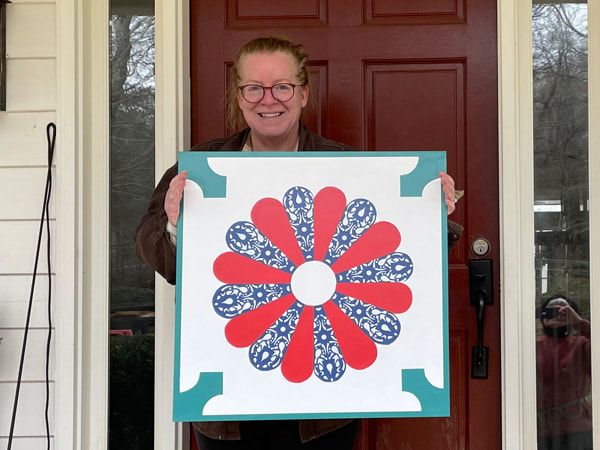