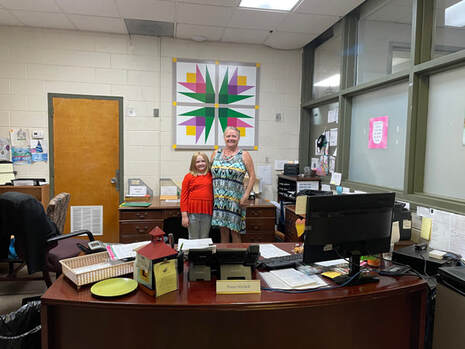 Penny and her daughter pause for a photo of their barn quilt.
Penny grew up in Meriwether County, Georgia, home to many small towns and Southern hospitality. After attending college, she taught for a number of years before beginning her 13-year career in court services.
Like others who come to Chattahoochee Hills for its abundance of nature, Penny appreciates the lush "green-ness" of Chatt Hills. But that wasn't the main attraction for her.
Although she loved her career in court services, there was a little something missing she couldn't quite put her finger on. When she interviewed for the court clerk position in Chatt Hills, she realized what she had been missing.
The city manager described his employees as a "team" who worked together, often wore each other's hats, and always had each other's backs. Penny realized she could have the best of both worlds by working for a small town that also valued its small-town team players.  She has been a proud member of the Chatt Hills team for two years.

Heritage story . .  The evolution of the city hall building 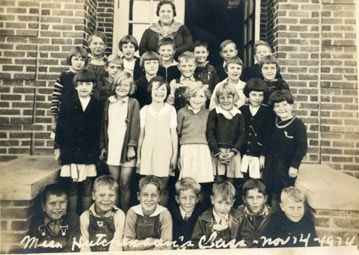 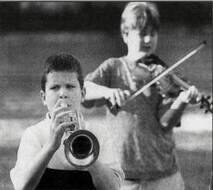 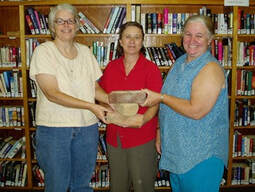 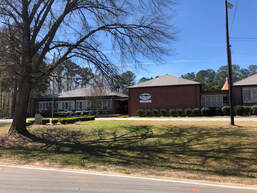 Ask Chatt Hills residents what they think of when they pass the building at 6505 Rico Rd and you’re likely to get a multitude of answers.
For the heritage families who have lived here long before Chatt Hills became a city, chances are they have family members who attended the Rico Elementary School in this building from 1933-1980.
For those same families and others who moved here before our City formed, they may have worked part time or enjoyed programs in this building when it was the Rico Recreation Center from 1982-2006.
For those who love to read, create arts & crafts, participate in community events & recreation, and volunteer their time helping others, they have surely enjoyed the services or volunteered with Community Brickworks, whose home-base has been in this building since 2007.
And for those who have worked on the community-building effort of creating and maintaining the city of Chattahoochee Hills, they have come to know this building as city hall since 2008.
In this four-part article, written for the April 2019 edition of the Chatt About Newsletter, a brief history is provided of this historic building at 6505 Rico Rd.
www.chatthillsbarnquilttrail.com  | Created by Write Place Designs | 2020