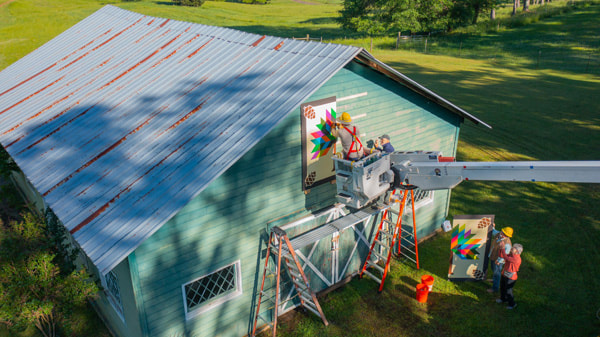 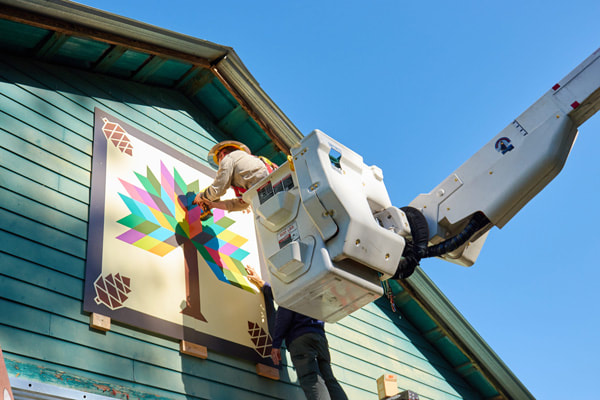 Pepper and Gwen Bullock are modern-day pioneers. Before moving to Chattahoochee Hills, they lived in Buckhead, the fourth largest commercial and residential district in the city of Atlanta, Georgia. But they longed for a simpler way of life and a more intentional way of living. When they learned of the new wellness community being built near the rural town of Palmetto (incorporated as Chatt Hills in 2007), they took a leap of faith and moved to Serenbe in 2005.
In November 2006, their daughter Dallas followed, moving her young family to Serenbe. Dallas also embraced the pioneering spirit. She started the "Children's House at Serenbe" as an education option for the children in her community, and she helped others start "Camp Serenbe," a summer camp for children.  Her family moved back to Atlanta in May of 2011; however, the call of the country never left them.
Two years ago, Dallas' son was accepted to a school in Chattanooga, Tennessee, so Dallas and her daughter moved into her parents' home in Serenbe.
Soon after, Gwen and Pepper found this amazing piece of property with their good friends Ken Lemm and Alec Michaelides. The two couples purchased Piney Woods Farm from Ray Milam and were excited to offer Dallas the home on the property to rent.
The first thing Dallas fell in love with on the property was the green barn; she just loved its color and how it blended in with the landscape. When she received an invitation to host a barn quilt on the green barn, she reached out to the owners and everyone was excited and on board.
Chatt Hills has been the place of many life changing experiences for these pioneers. They look forward to what the future holds for their Farmstead at Piney Woods.

The heritage of road names can be difficult to trace in rural communities such as Chatt Hills. But early maps, and the recollection of old-timers, suggest that roads were named after the nearby family farms, mills or ferry operations that they serviced, while others were known by the names of the communities on either end of the road.
Piney Woods Church Rd was likely named for Piney Woods Primitive Baptist Church, founded in 1852 in a community known as Piney Woods, located 6 miles north of the current Farmstead at Piney Woods.
In 1889, owners of a store in the Piney Woods community applied for a post office in the name of "Green Eyes." However, the Postal authorities wrote back that there was already one Green Eyes post office in Georgia. The postal authorities substituted the name Rico for Green Eyes and the community became officially known as Rico. However, many residents continued to refer to the area as Piney Woods well into the early 1900s.
It is not known when the county officially named the roads, but residents recall that the county "straightened Rico Rd" when the county began paving it (circa 1940s.) It is suggested that when the road was straightened at its southern most end by Hutcheson Ferry Rd, the last half-mile of Piney Woods Church Rd remained intact and kept its name.
www.chatthillsbarnquilttrail.com  | Created by Write Place Designs | 2020